Even the bravest person is afraid of poison spiders, and with good cause they are deadly. These are the 5 deadliest spiders in the world.
Those with arachnophobia, beware! Spiders are everywhere, and they’re not going away any time soon. Thankfully, most of the 8-legged creepy crawlies are essentially harmless. Yet some, like these 5, are so dangerous you may well want to watch your step. 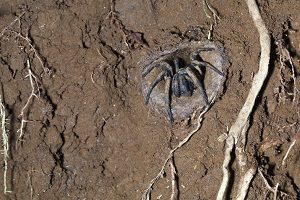 Australia’s Sydney funnel-web spiders are one of the world’s deadliest. Thankfully, they’re only found in Australia, so the rest of us can sleep a little easier at night. These black spiders make their webs underground, which is good most of the time — except for those who like to do a little digging. Death from a bite can occur within 15 minutes. Its fangs are enough to stop anyone’s heart! 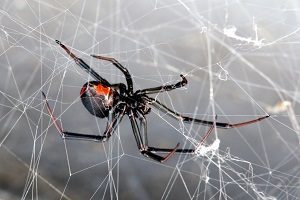 The redback spider may not be as popular as its close cousin the black widow, but it is deadlier. This long-legged spider looks like something straight out of a horror film. It has a fully-black body with a noticeable red stripe down its abdomen. Mostly common in Australia, this spider’s bite causes latrodectism, which results in pain, vomiting, muscle rigidity and sweating. They’re nocturnal spiders, so you might want to keep a flashlight handy! 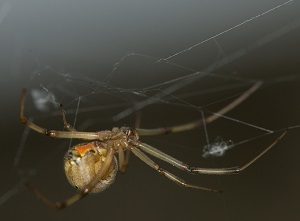 Not to be confused with its darker cousin the black widow, the brown widow spider is easy to identify. It has long, brown legs with darker brown joints, and a very noticeable red spot on its abdomen. Sorry, America: this spider is commonly found in California and the Gulf states! The brown widow’s venom is twice as powerful as the black widow spider’s. Thankfully, it only injects small amounts of poison, so death is extremely rare. It might be time to move somewhere cold. Alaska, anyone? 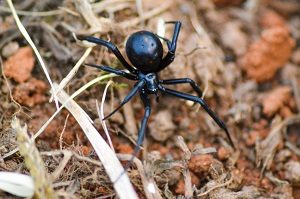 Perhaps the most famous deadly spider around, the black widow is responsible for thousands of hospital visits every year in the U.S. Black widows are easily recognizable: black all over with a very obvious red spot on their abdomen. And you’ll rarely see a male black widow. The females eat their male partners after they mate. Bites from the black widow can result in nausea, muscle pain, paralysis and difficulty breathing. Thankfully, no known deaths in the U.S. are connected to the black widow. That won’t stop them from inspiring nightmares, however! 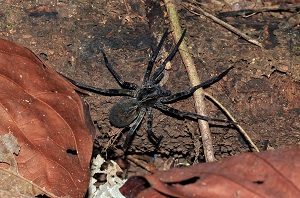