Home / Animals / 5 Crazy Animals That Lived Before the Dinosaurs

5 Crazy Animals That Lived Before the Dinosaurs

DinoCreek April 25, 2016 Animals, Dinosaurs, Prehistoric Comments Off on 5 Crazy Animals That Lived Before the Dinosaurs 5,006 Views

It’s hard to imagine anything roaming the earth before the dinosaurs. As big and ferocious as we know they were, scientists have found bones of animals that were older — and weirder — than even the stubby-armed Tyrannosaurus Rex. Most were overgrown fish with a chip on their shoulders, but all were as crazy as it gets. 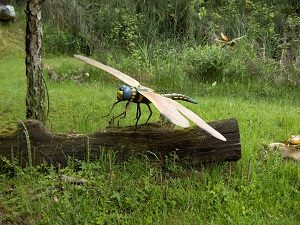 Who doesn’t love the fluttering of dragonflies in the summer? They’re cute and small. Well, all except for the Meganeura (mega – new – ra). This giant dragonfly ancestor may have been cute, but it was far from small. With a wingspan over 2 feet long, this monster may have done just a bit more than fly around. Today’s frogs would have a hard time swallowing a dragonfly that big! 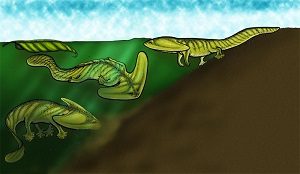 Long before raptors were making a meal out of friendly herbivores, Diploceraspis (dih – plo – cer – as – piss) was having a bit of an identity crisis. Was it a fish? Was it a lizard? This early amphibian couldn’t quite decide what it wanted to be, so it spent much of its time going between both worlds. 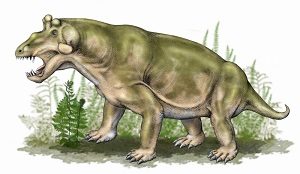 If Estemmenosuchus (es – tay – meno – su – koos) had lived during the time of the dinosaurs, we doubt they would have done more than laugh at it before walking off to eat some other creature. This Permian-era animal had more knobs than a hardware store. Still, we doubt you would want to get on its bad side. 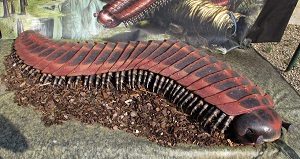 It’s a good thing the Arthropleura (ar – throw -plur – ah) is not alive today. This millipede was the king of all millipedes. It could be as small as 1 foot long (not so bad, right?) or as large as, get this, 8 and a half feet! That’s larger than a lot of cars! As if centipedes weren’t creepy enough! This one may well have feasted on some dinosaurs if it had lived the same time as they did! 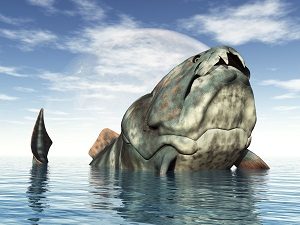 Long before the dinosaurs even considered making an appearance, the Dunkleosteus (dun – klee – o – stee – us)  was roaming the ocean, being big, scary and any other animal’s worst nightmare. This giant fish weighed over a ton, and had a mouth big enough to swallow a human whole. Not that it would swallow us whole. It’s giant head had large blades where its teeth should have been, making it great at ripping things to shreds. If it wanted to, that is. 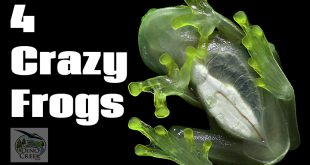