The deep sea. It’s always been a mystery to mankind, and the source of some of our biggest fears. Who knows what’s down there. Giant squid? Poisonous jellyfish? Prehistoric sharks? The deepest parts of the ocean stretch farther down than the tallest point on the whole planet. We may never know what’s all the way down at the bottom. But we have managed to get pretty far down, and well, what’s waiting in the deep can be pretty crazy. 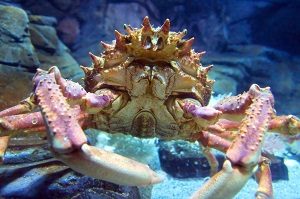 Who doesn’t love a crab dinner, right? But you might want to pass on the giant spider crab. This deep sea crustacean is a monster of the ocean, growing to as large as 12 feet long when measured from claw to claw. It taste good with butter, but chances are, it could be sizing you up for its next meal! 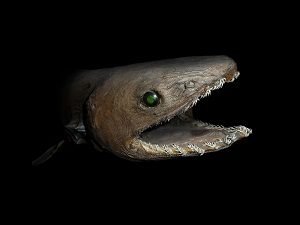 If ever a fish was nightmare fuel, this one is it. The frilled shark has row upon row of needle-like teeth that it uses to ensure its prey will never see the light of day again. Scientisst don’t know much about how it feeds, but some suggest that it is capable of creating a vacuum-like pressure, sucking in its meal with ease. Sleep well with that knowledge. 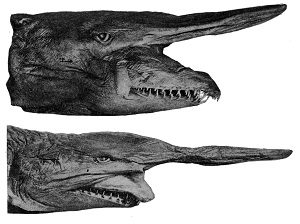 The goblin shark has the look of something straight out of a horror film. This prehistoric fish has changed very little in the past 125 million years.

Longer and larger than an average human, this shark thankfully is believed to be very slow. It also feeds primarily on crabs and squid. Still, a human might be a great meal — if it can catch one, that is. 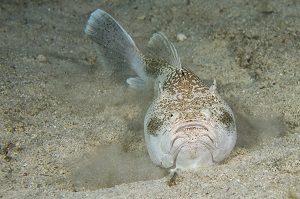 The stargazer has a name that is completely fitting for its extremely odd face. Why odd, you ask? Because the stargazer’s mouth and eyes are all

on the same side of its head. Weird! The stargazer buries itself below the sand, waiting for its prey to walk right into its waiting mouth. Oh, and it can also deliver a rather nasty electric shock. Yikes. 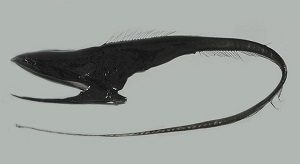 In a world where having your mouth open is rude, the gulper eel just doesn’t care. This deep sea monster may only grow up to 2 and a half feet long, but it can swallow objects much bigger than its own body. You might want to keep your children close when this one comes around.