Some mythologies have called them chimera: creepy animal crossbreeds that just should not exist in nature. But were not talking about mythical creatures straight out of a Harry Potter novel. No, these 8 animal hybrids are all too real, and just about as crazy as it gets!

The Iron Age pig is not so much a monster as it is a blast from the past. This hybrid between wild boars and your everyday farm pig was meant as a bit of a history experiment. Some Iron Age paintings depict pigs that just arent found in modern times, so evil animal scientists decided to crossbreed boars and their smaller relatives. The end result was the stout Iron Age pig! The most important question, of course, is whether the Iron Age pig hybrid is more delicious than all the others! 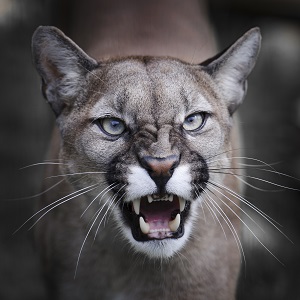 As if leopards and pumas werent scary enough, some crazy scientist decided to play around and make a hybrid of the two: the pumapard! Pumas and leopards arent known to do the tango in nature, so scientists had to turn to a little bit of smooth jazz and a lot of artificial insemination. Pumapards often come out as dwarves, making them much more adorable than either of their parents. Unfortunately, this also leads to shorter life spans. Dont worry about any giant cats stalking you at night, however. The last time pumapards were produced was back in the 1950s. 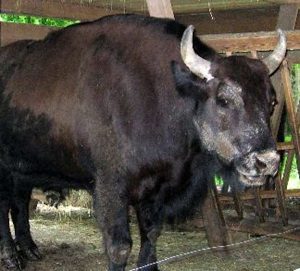 Why have cows when you can have super cows? The zubron is a cross between the domestic cow and the European version of the bison, known as a wisent. These animals were originally bred with the hope of replacing cows completely. They are not only tougher than cows, but require less food and are much more disease resistant. Unfortunately, bad economic times put an end to the experiments. Thankfully, there are still some tasty herds of this one-of-a-kind beef roaming around in Poland. 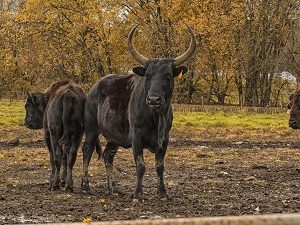 You may also know the beefalo by its other name: cattelo. These hardy hybrids were actually first discovered by accident, no doubt when one cow met and fell in love with a bison. The result? A cow/bison hybrid that was lower in fat, higher in protein and less harmful to the environment. There is even an American Beefalo Association, which exists to help advertise and market the advantages of beefalo over regular cows. Theres no word yet on whether beefalo ribs are better with a vinegar-based sauce or a dry rub! 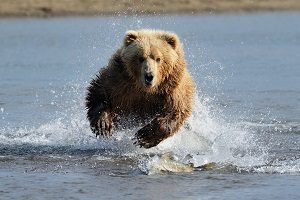 Grizzly bears and polar bears are not only the largest bears in the world, theyre also the most dangerous. Naturally, these two animals have actually fell madly in love in the wild, mated, and produced even scarier offspring: the grolar bear. Grolar bears behave a bit more like polar bears than grizzlies, which is a good thing. Grizzlies are known to be highly aggressive. Nevertheless, grolar bears may be Natures way of saying I could do a lot worse! 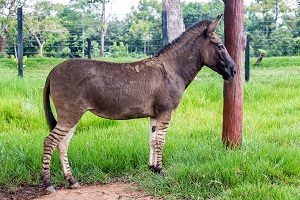 What do you get when you cross a donkey and a zebra? A zonkey, of course! Not only are zonkies extremely rare, theyre all unique. Despite the successful attempts at creating zonkies, scientists have found that they have very short life spans, and cannot have any children of their own. Nevertheless, this hasnt stopped scientists from trying to mix zebras with other horses, including stallions and ponies. Lets hope the Bronies dont discover this adorable donkey/zebra hybrid! 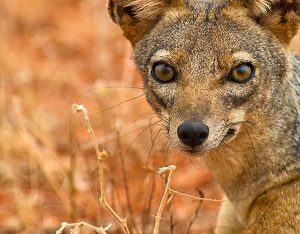 Its said that dogs themselves are just descendants of wolves. So why not make a jackal-dog? Golden jackals and your common, household pup are capable of successfully producing offspring, making jackal-dogs a completely natural development. If you like dogs that dont bark, jackal-dogs may be for you! Unfortunately, jackal-dogs also have a very wild personality. Their unpredictability makes them hard to train. Be thankful that your pooch isnt part jackal! 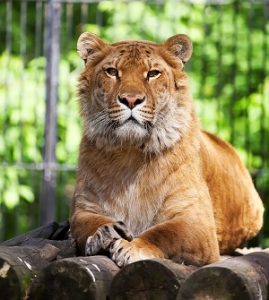 Made famous by the now iconic movie Napoleon Dynamite, the liger is actually a real thing! Despite what Napoleon would have you believe, however, they are not bred for their magical abilities. Although lions and tigers can produce offspring, ligers are not natural. After all, the two do not exist in the same places in the world. Nevertheless, ligers are fearsome creatures, and are the largest felines known to man. Good thing they dont actually know magic!

Dino Creek delivers amazing videos and articles covering every possible topic on the planet. Every Monday, Wednesday and Friday, we release an interesting video / article that you’ll want to share with your friends, family, dog, maybe even your step-mother. Whether you want to laugh at the world’s strangest animals or cringe at the worst celebrity behaviors, expect to find the entertaining distractions you’re looking for, right here!
Previous 5 Worst Smells In The World
Next 5 Top Good Girls Gone Bad