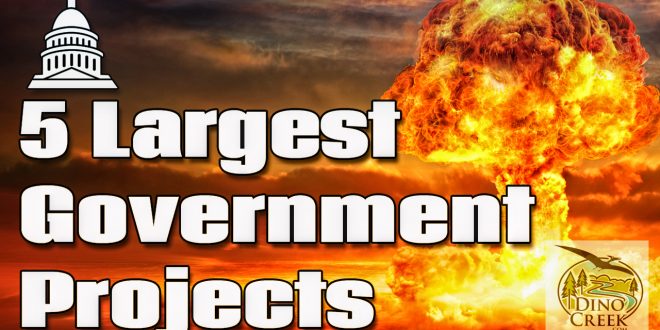 These are some of the craziest, largest, most amazing, and most impressive government projects that mankind has ever been a part of. When you look at these engineering feats it clearly proves that man is the most impressive creature ever to live on planet Earth. The things we can create when we work together are astounding. Some of these projects transcend generations, others transcend worlds.

Whether you’re a Republican, Democrat or something else altogether, there’s one thing we can all agree on: The government spends a lot of money! Sometimes that’s a good thing, sometimes not so much. But occasionally, that money does get spent on some pretty amazing projects. These 5 government projects were so amazing, all of the tax money used on them were definitely worth it! 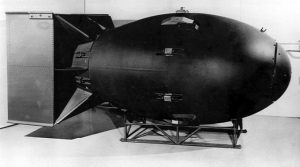 Nobody really likes nuclear weapons. But The Manhattan Project was perhaps one of the most amazing government projects ever devised. With a total cost of $26 billion, The Manhattan Project began as a means of developing nuclear weapons. It of course did just that. What many people don’t realize is that it was a race against time. While the U.S. was attempting to build its first atomic bomb, Hitler was also working on his. Despite the many lives lost as a result of the bombs we dropped on Hiroshima and Nagasaki, we should all be thankful that the Germans didn’t finish their bombs first. 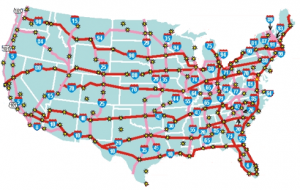 Roadtripping across the United States has become a favorite summertime activity for families and college graduates. Yet there was a time when the great American road trip was just not possible. That changed when Dwight D. Eisenhower ascended to the presidency! Authorized in 1956, the U.S. has spent $511 billion on the construction of the longest highway system in the world. How long, you ask? The interconnecting system of roads is just under 48,000 mile long! The U.S. Interstate Highway System is so long, in fact, it could circle the earth almost 2 times!

The Great Wall of China 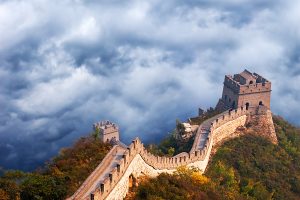 The Great Wall of China is probably one of the most amazing government projects ever conceived! Built over the coarse of several hundred years, the Great Wall of China was constructed in an effort to keep invaders, especially angry Mongols, from taking over the Chinese dynasty. The cost was enormous. Estimates put the length of the wall at over 13,000 miles, and in today’s time it would cost somewhere between $13-$65 billion! That’s not to mention the tens of thousands, and perhaps even millions, of lives that were lost in the effort to build it. The Great Wall of China is so big and so long it can even be seen from space! 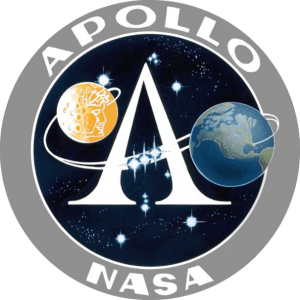 Mankind has always dreamed about going to the stars. But when the Russians launched the Sputnik 1 satellite in 1957, the rest of the world was in awe. The U.S. however, was both jealous and a little afraid! Thus the Apollo Program was born! It took the U.S. only 9 years, from 1961 to 1969, to get humans off our mortal coil and onto the moon. The total cost of the entire program, from start to finish, was a hefty $170 billion dollars! If that sounds a bit pricey, be thankful. The Apollo mission brought us such wonderful inventions as velcro, teflon, and the unbeatable taste of Tang!

The Great Pyramid of Giza 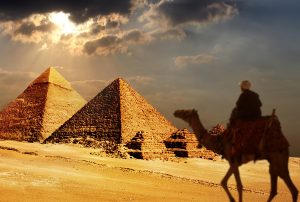 It’s easy to mistake the Great Pyramid of Giza for just another ancient structure. Yet it is not only one of the largest pyramids in the world, this government project is actually a bit less useful than most: it’s one, giant tomb! Constructed over the coarse of 20 years for the ancient Egyptian pharaoh Khufu, in today’s time, this giant grave would have cost the government around $1 billion to build. That’s of course not counting the many lives lost in the process of building it. There are as many as 138 pyramids of varying sizes throughout Egypt. Even though they were built thousands of years ago, the pyramids were constructed using blocks of stone that were several tons each. Even today, scientists have no idea how the Ancient Egyptians managed amazing this feat!

Dino Creek delivers amazing videos and articles covering every possible topic on the planet. Every Monday, Wednesday and Friday, we release an interesting video / article that you’ll want to share with your friends, family, dog, maybe even your step-mother. Whether you want to laugh at the world’s strangest animals or cringe at the worst celebrity behaviors, expect to find the entertaining distractions you’re looking for, right here!
Previous Dumb Things Animals Do (Worlds Dumbest Animals)
Next 5 Bug Superpowers