Home / Food / 5 of the Nastiest Foods in the World

5 of the Nastiest Foods in the World

DinoCreek May 5, 2016 Food, Gross, Interesting Comments Off on 5 of the Nastiest Foods in the World 5,561 Views

When it comes to food nasty is a relative term. Whats gross here in the United States might be standard fair for other countries. Today we are looking in detail at some of the nastiest foods in the world. Grab a bucket this is going to get disgusting really quick.
If you’re eating right now, you might want to put that food down and step as far away from it as possible. After this list, you may well decide to never eat again. Food is delicious, but in some parts of the world, certain delicacies are just a bit disgusting. 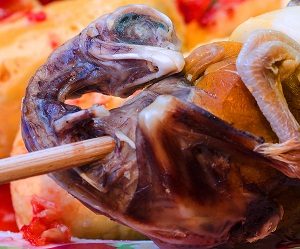 Known as “Balut”, some restaurants and street venders in Vietnam and the Philippines like to eat boiled unborn duck babies. If there was ever a dish that was certifiably gross, then this would be it. It contains duck eggs which have already been fertilized, and then left for a few weeks to incubate. When boiled, the shell is removed and the soft fetus inside is slurped right out. A little salt goes well with this one, but you may lose your lunch before you take your first bite. 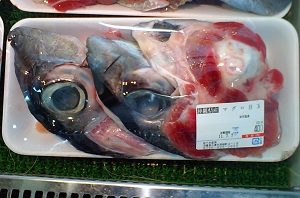 In many parts of the world, no part of the animal is wasted. In Japan, this includes tuna eyeballs. Typically sold cheaply in fish markets and grocery stores, these gooey eyes are said to have a flavor that is similar to squid. Wondering how to prepare this massive eyeball? Thankfully, you do not need to eat it raw, sushi style. All you need to do is pop it into a pot of boiling water for 5 minutes. Then you need to decide whether you are willing to have a taste of food that is still looking at you.
Escamole 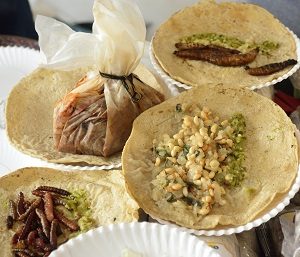 Escamole is one of the most deceiving foods around. It looks delicious. It smells delicious. Even the name sounds good. But before you take that first bite, you might want to know: What looks like fried rice with fresh veggies is actually ant larvae that has been taken out of the roots of agave plants. Mexico has given us a lot of great food. Thankfully this one hasn’t crossed the border yet. 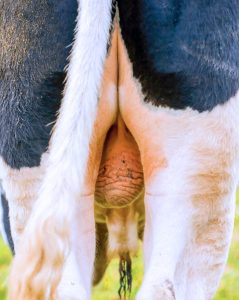 Desiring a delicious oyster dinner? All you need to do is peel them, fry them up and then enjoy their delicious flavor. Oh, and you might want to know: These aren’t actually oysters from the sea. This dish is actually made of male cow testicles. These hanging treats are taken off the bull, where they are first peeled, exposing the pink flesh beneath. 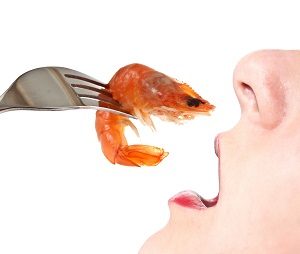 The name Drunken Shrimp sounds like a childish insult, but is in fact an asian cuisine. This gross dish involves taking live shrimp and stunning them by dousing them in strong liquor. When they stop wiggling, people take them out and just pop them in their mouth. They occasionally twitch as they slide down your throat. Make sure you order these wiggling goodies on your next trip to China.