Home / Dangerous / 4 Wildfires That Really Ticked Off Smokey The Bear

4 Wildfires That Really Ticked Off Smokey The Bear

DinoCreek April 5, 2016 Dangerous, Interesting Comments Off on 4 Wildfires That Really Ticked Off Smokey The Bear 3,999 Views

Fire has provided warmth, cooked our food, and protected our families for thousands if not millions of years. Sometimes however things get a little out of hand. 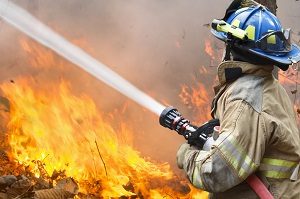 This was a terrible wildfire that saw three huge fires meeting up and burning together at the same time. These fires raged in Southern California in September of 2015. The Valley Fire passed through Napa and Lake Counties, torching a total of 73,000 acres in its path and killing one person. The Butte Fire burned through Calaveras and Amador Counties, burning 70,000 acres, and the Rough Fire was by far the largest of these three burning a total of 140,000 acres, leading to major losses in protected trees. These fires were so dangerous that a state of emergency was declared in the affected counties. 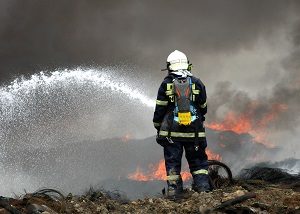 The Southwest United States experienced a terrible fire in 2011 that burned through Arizona and New Mexico. It originated in the middle of the Bear Wallow Wilderness, starting because a campfire had been carelessly abandoned. This was a fire so large it left a total to 504,409 acres completely charred, changing the scenery dramatically. This fire has gone down in history as being amongst the biggest wildfires that has ever been experienced in the history of the United States. 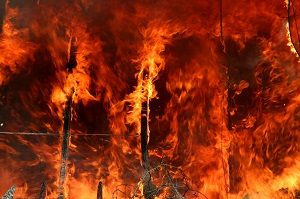 A woman scorned is a force to be reckoned with, as residents in Colorado found out in 2002. A woman named Terry Barton was dealing with the distress of breaking up with her husband. She went into the forest to read a letter from her ex-husband, and she must have been unimpressed with the contents as she lit the letter on fire, starting a raging wildfire the likes of which had never been seen before or since. The fire took the lives of 6 people, burned down 138,000 acres, and caused millions of dollars in damage. 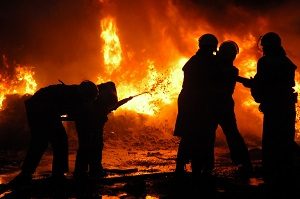 If there is one fire that resulted in massive loss of life, it would be the Great Peshtigo Fire that took place in Northeastern Wisconsin and Upper Michigan. Although it happened in 1871, there is no fire that has come close to dealing this level of damage. More than 1,500 were killed in the fire that burned close to 1.5 million acres. The damage that done to property was in the millions of dollars, and amount which would be challenging to quantify in modern day.

Next 8 Epic Pranks That Almost Ended in Death