Hypochondriacs beware! Diseases are quite literally everywhere! Even stepping one foot outside of your door can expose you to deadly bacteria and viruses that are just waiting to ruin your day — or your life. Thankfully, modern medicine is getting better at keeping the worst ones away. These 5 diseases are so bad, it will definitely make you run to the store for some more hand sanitizer! 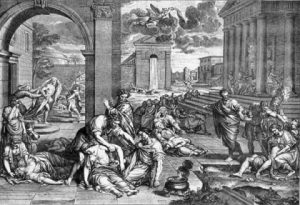 Also known as the “Black Death”, the bubonic plague ravaged the Medieval world like nothing the world had ever seen up to that point. Historians have determined that the disease killed 25% to 60% of the European population by the time it was under control. The disease causes massive, pus-filled lymph nodes to swell under the skin, which can burst and ooze all over the place. The disease is so deadly that victims can die within 10 days of catching it. Although the disease has mostly been eradicated, it does still exist, primarily in rural areas of Africa. It’s no wonder the Medieval times were called the Dark Ages! 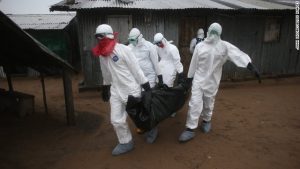 Ebola has been ravaging mankind for some time now. Its recent reappearance has set the world on edge, particularly because of how quickly the disease can spread. Victims may not appear to have Ebola at first. But then comes the headaches. And the diarrhea. And the bleeding from everywhere. Ebola spreads primarily through human-to-human contact, so densely populated areas are at an extremely high risk for catching the ebola virus if it does break out. Tens of thousands of people have fallen victim to ebola in the past few years. A cure may be on the horizon. Until then, however, pass the biohazard suit please. 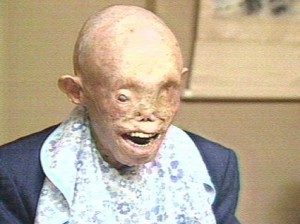 Leprosy is such a well-known disease that it is even mentioned in the early parts of the Bible. For a long time, lepers were considered social pariahs, and most cultures forced them to live in their own communities outside of cities. This practice still exists in some parts of the world. The disease is highly infectious, but is wholly curable. An infected person can go for over a decade without showing any symptoms! The misconception with leprosy is that it causes body parts to fall off. This is only partially true. In reality, leprosy kills nerve cells and leaves victims with an inability to feel pain. This might sound good, except for the fact that infections often go unnoticed, resulting in the need for amputation. 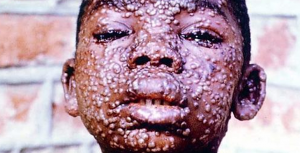 Smallpox is one of the worst diseases to ravage mankind. The disease was so bad that governments around the world banded together to not only cure it, but to completely eradicate it off the face of the earth. Smallpox attacks the blood vessels in the body, and is characterized by a large rash of small, pus-filled bumps all over the body. Although only 30% of victims die, Smallpox is estimated to have killed 300-500 million people in the 20th century before it was finally eliminated. As the disease has been ravaging humans for as long as 10,000 BC, we can call that a long-fought victory! But don’t celebrate too hard. There are still samples that exist under heavy guard in Russia and the U.S. 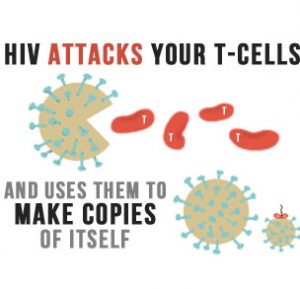 The AIDS virus is only one of many sexually transmitted diseases, but perhaps one of the worst. The disease was first observed in 1981. Since then, the rate of infection as exploded. The virus attacks the body’s immune system, making the body unable to fight off all kinds of infection. Perhaps the worst part is that the disease can be passed on to unborn children in the womb. As a result, there are currently millions of children who were born with the disease. There is currently no cure for AIDS, mostly because scientists have a hard time curing the disease because of its tendency to hibernate and seemingly disappear, only to re-emerge later unexpectedly. It is also capable of adapting to attacks. Still, scientists are working around the clock to find a cure. We’re coming for you, AIDS!