The next time you see a dirty coin on the road, you may just want to stop and pick it up. There are literally billions of coins out there, and most are worth whatever it says on the coin. But some coins were minted in limited numbers, were destroyed, or had errors and were recalled, making them extremely valuable. These 10 coins are so valuable they could make you rich! If you can find one of them, that is. 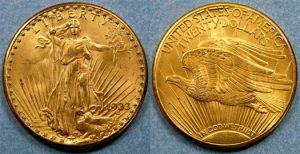 Twenty-dollar coins are rare, and the Saint-Gaudens Double Eagle is about as rare as it gets for American coins. This beautiful coin was commissioned by Teddy Roosevelt in an effort to make America’s coins great again. Unfortunately, the designer, Augustus Saint-Gaudens, designed the coin, but passed away before it was minted. The design proved to be too difficult to mint. The treasury slightly altered the design, and struck the coin — but forgot to include the phrase “In God We Trust”! The coins were fixed and struck, but their reign ended in 1933. Then president Franklin Roosevelt ordered all American citizens to turn in their gold coins, which were then melted down. Few 1933 Double Eagles remained. Those that could be worth over $7 million.

The extreme rarity of the Liberty Head nickel is due to just how few were actually printed. The Liberty Head design was supposed to be replaced in 1913 by the Indian Head. However, some apparently were still minted. One numismatist, Samuel Brown, showed off his five 1913 Liberty Head nickels at a 1920 convention. Each one was eventually sold. While you’re not likely to find one under your couch cushion, if you do, you’re in luck. It could be worth $4.4 million. 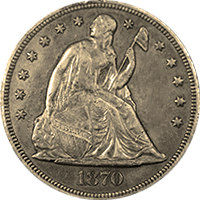 You may want to have a seat with this one. In 1873, the U.S. government placed a temporary prohibition on silver dollar production. The Seated Liberty was the last to be struck before this ban. However, it was not an end of production that made this coin so valuable. The gold rush caused the price of silver to rise, causing many people to melt down their silver dollars and turn them into cold, hard cash. These coins are so rare that even a single one is worth hefty $1.9 million. 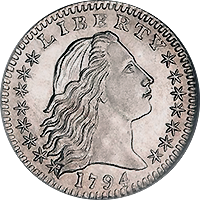 The Flowing Hair Dollar’s value lies not only in its rarity, but its history. As the first dollar coin struck by the U.S., this dollar is a valued treasure among historians and coin collectors alike. 90% silver, this coin is worth much more than its weight. If you happen to find one, rejoice! You just earned a cool $825,000! 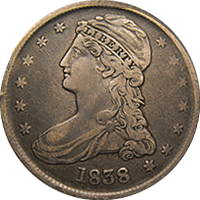 An early and popular design for several American coins in the 1800s, the Capped Bust Half Dollar run for over 30 years. However, the 1838 version is worth more than most due to its rarity. In 1838, the last year the design was printed, the Treasury changed the design to one that featured a “Coronet” Liberty Head. If you find one sitting around in your coin jar, take it right to your nearest auction house. It’s currently worthy $745,000! 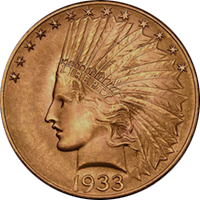 The 1933 Indian Head holds a special place in American coin collectors’ hearts. Prior to FDR’s removal of gold coins from circulation, the Indian Head was a popular coin during the early 1900s. 1933 was the last year this coin was struck, and only a few dozen Indian Heads were released. Most of them were melted down after the government confiscated them from citizen’s hands. If you can get your head around this, each one is worth $600,000! 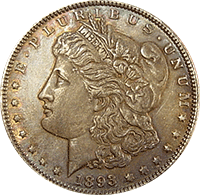 What’s better than a Silver Dollar? How about one that’s worth $550,000! Most Morgan Silver Dollars are not entirely valuable. However, in 1893, a major economic panic caused the U.S. to completely alter the amount of silver coins that were in production. A run on the banks resulted due to poor policies enacted by the Sherman Silver Act. Few coins were produced in the San Francisco mint at the time, making these coins extremely valuable. 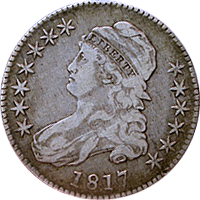 The Capped Bust Half Dollar and its many iterations are always valuable. However, one version, the Overton 102a, was cast with a slight crack through the middle. These imperfect beauties are hard to find. If you do happen to have one jingling away in your coin jar, it’s time to cash in! This 1817 Capped Bust Half Dollar is worth a rather delightful $500,000. 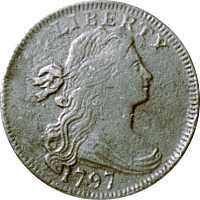 The Draped Bust Half Dollar is just about as American as it gets. This rare coin was minted for only two years, and even then in only small quantities. The 1797 is extremely rare to find. Only 3,000 of these America-loving coins were minted, featuring a small eagle on the back. Are you one of the lucky owners? You’re in luck! This coin is worth a wallet-stuffing $500,000. 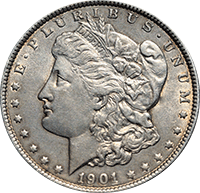 Most Morgan Silver Dollars are worth little more than their face value. However, in 1901 the Philadelphia mint offered up a few proofs of the coin. Several of these lovely proofs were not so lovely: They contained a few errors. If you manage to see one lying around in a gutter somewhere, and it’s in mint condition, it’s time to head to the auction. You may find yourself with a $350,000 payday! 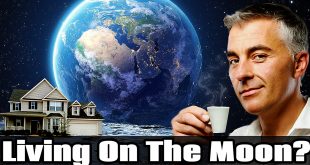