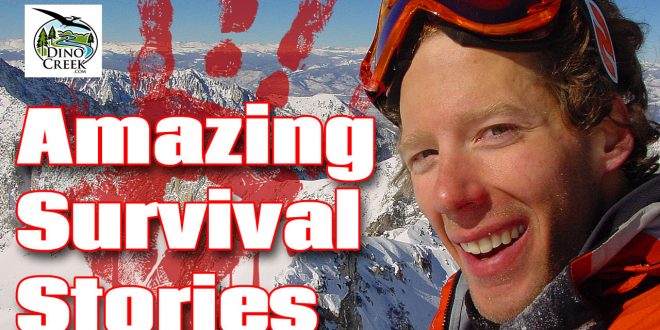 Who doesn’t like a good survival story? Everyone has one. Unfortunately, most of our stories are pretty boring: Flat tires on a country road; lost wallets in a foreign city; sprained ankles on a hiking trip. If you think your survival story is awesome, think again. These 5 survival stories are ones to remember! 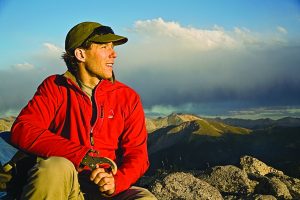 During a solo hiking trip in Utah, Aron Ralston’s arm got stuck under a heavy boulder. Ralston survived for 5 days on what little food, water and urine he had. On the 6th day, he realized there was only one way he would survive. Slowly and painfully, he first broke his arm, then cut if off with a small multi-tool knife. He then had to rappel 65 feet down a cliff wall with just one arm. Even then, his car was still 8 miles away! Thankfully, he encountered a family from the Netherlands who alerted authorities and saved him. Give Aron a hand, ladies and gentleman! Literally! 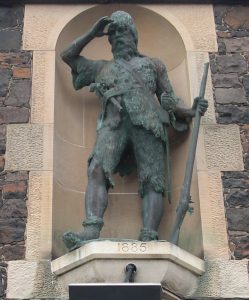 Daniel Defoe not only wrote a masterpiece when he penned the lost-on-a-deserted-island classic, Robinson Crusoe; he created an entire genre! But behind the story was a real man: Alexander Selkirk. During the 1700s, Selkirk was a pirate, hired by the British to attack Spanish ships. After a disagreement with his 21-year-old captain, the 28-year-old Selkirk asked to be left on a deserted island off in the South Pacific Ocean. He soon regretted it. He spent the next 4 years alone on his tiny island. By that time, he had learned how to fish and hunt, and likely could have survived even longer! Historians are still unsure what happened to his volleyball. 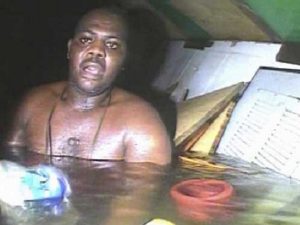 If you have a fear of drowning, you may just want to skip ahead. In 2013, Harrison Okene became world famous for surviving for three soaking wet days in a sunken ship. How did he do it? The ship sunk just right to hold a pocket of ai in the bottom compartment where Okene fled to. The Nigerian sailor managed to stay alive in a tiny 4 square foot pocket of air, even as the ship slowly sank to its resting place: 100 feet below the surface. His rescuers were just as shocked to find him alive as he was to be discovered. The funny part? When the ship started to sink, Okene was sitting on the toilet. At least he didn’t need to flush! 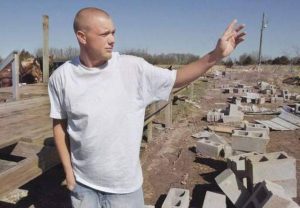 In 2006, Matt Suter became the most popular student in his high school. When an F-2 tornado with 150-mph winds slammed into his mobile home, Suter was ripped out of the top and sucked into the air. The tornado carried him over 1,300 feet –more than a mile– before placing in gently down on a soft bed of grass. If you disregard Dorothy from the Wizard of Oz, Suter is only the second person in recorded history to survive such an event. He’s also traveled the furthest distance! For this twister surfer, there was definitely no place like home! Good thing he didn’t run into any sharks! 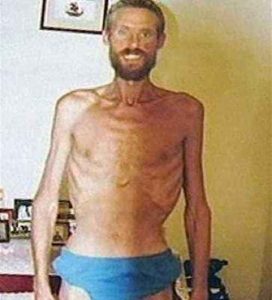 Fans of French cuisine may applaud Ricky MeGee. In 2006, MeGee miraculously survived 70 days lost in the Australian outback. MeGee had made the mistake of picking up a hitchhiker, only to later wake up in the desert, half buried and getting pawed at by hungry dingos. In order to survive, he made a tiny shelter and subsisted on a diet of insects, snakes and lots of tasty frogs. When MeGee was finally located more than a week later, he had lost over 120 lbs! He may have discovered the most effect weight loss program ever!

Dino Creek delivers amazing videos and articles covering every possible topic on the planet. Every Monday, Wednesday and Friday, we release an interesting video / article that you’ll want to share with your friends, family, dog, maybe even your step-mother. Whether you want to laugh at the world’s strangest animals or cringe at the worst celebrity behaviors, expect to find the entertaining distractions you’re looking for, right here!
Previous 5 Most Evil Serial Killers Still On The Loose
Next 5 Most Powerful Animal Attacks