“Cry, ‘havoc!’ and let slip the dogs of war.” William Shakespeare may have coined some of the best terms for war in the history of mankind, but history was full of great warriors, both before and after Shakespeare wrote quotable war cries. These 5 people may not be Hamlet, but they’re still some of the greatest warriors of all time! 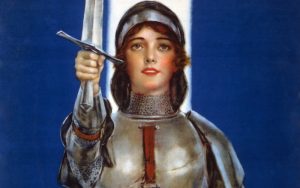 Joan of Arc is perhaps the greatest female warrior that history has ever seen. Although she was not specifically good with a weapon, she was great for morale. In the 1400s, during the Hundred Years’ War, Joan boldly convinced King Charles VII of France to put her at the head of his failing army. Joan courageously carried the battle flag, giving morale to the heavily demoralized troops and helping them turn the tide in several battles. Joan even took an arrow to the shoulder, but still kept the flag raised high. Eventually she was caught by the British, tried, and at the young age of 19, burned at the stake. Nevertheless, her heroism has been hailed by historians (especially French ones) and her religious fervor got her canonized as a Saint. 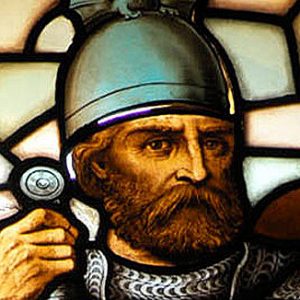 Long before Mel Gibson made him famous in the movie Braveheart, William Wallace was one of history’s greatest warriors. This Scottish warrior was able to evade capture for years while defeating the British in several key battles. In particular, Wallace was able to fight back the Brits in while horribly outnumbered, showing his intelligence at strategy as well as his fearless resolve. King Edward I of England eventually caught Wallace, giving him a death that showed just how much Wallace had angered the English. He was hanged, drawn and quartered in front of an angry crowd. They may have taken his life, but they never took his FREEDOM! 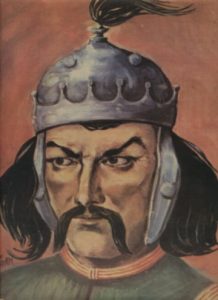 Attila the Hun was one of the most feared warriors of his time, and indeed of all history. In the middle part of the 3rd century, Attila wreaked havoc on the strongest and most widespread kingdom of his day: The Roman Empire. Although Attila was never able to conquer Rome, he laid waste to the Roman countryside time and time again. He was so feared that the Romans chose rather to leave him alone when they could instead of trying to defeat him on his home turf. Unfortunately for his burgeoning empire, as soon as he died, the entire empire crumbled. 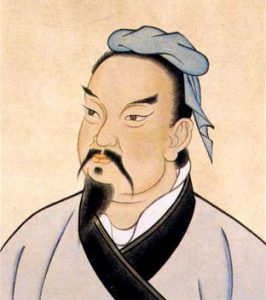 Sun Tzu was one of the greatest warriors in all of Chinese and world history. His writings on military strategy are still studied to this day in the well-known book The Art of War. Sun Tzu helped China expand its empire during the Spring and Autumn Period of China, around 2500 years ago. He is most notable, not for how many people he was able to kill, but on his strategies that involved winning while minimizing conflict. One of his most often repeated quotes is this: “The supreme art of war is to subdue the enemy without fighting.” We give up, Sun Tzu. You win! 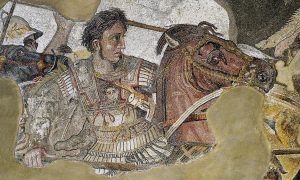 Warriors hardly get more impressive than Alexander the Great! Alexander was so good at war that by the time he died at age 33, he had already conquered Persia, Egypt, Syria and Mesopotamia. Alexander was also fond of naming cities after himself, the most famous of which is Alexandria in Egypt. Alexander the Great may have done all of his conquering during the 3rd Century B.C., but his influence not only helped reshape the map in the Middle East, it also spread Greek culture throughout the region. You can thank Alexander the next time you enjoy a delicious gyro!

Dino Creek delivers amazing videos and articles covering every possible topic on the planet. Every Monday, Wednesday and Friday, we release an interesting video / article that you’ll want to share with your friends, family, dog, maybe even your step-mother. Whether you want to laugh at the world’s strangest animals or cringe at the worst celebrity behaviors, expect to find the entertaining distractions you’re looking for, right here!
Previous 5 Child Actors Who Went Crazy
Next Top 5 Ugliest Creatures