These are the 10 best gangster movies ever produced!
The movies Scarface, The Godfather and Goodfellas aren’t cult classics for nothing. Americans love gangster movies just as much as Hollywood likes to make them. Why do we obsess over them so much? Maybe it’s because, deep down, we all want to live that gangster lifestyle? Who knows! But these 10 gangster movies certainly help us pretend like we’re one of the bad guys! 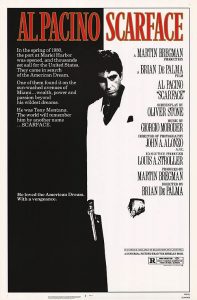 1983’s Scarface earns its high ratings by being one of the baddest gangster movies ever made! The 1980s was a great decade for movie making, and Scarface, which debuted in 1983, fits right in. This Oliver Stone classic is all about a Cuban immigrant who rises to the top of a drug trafficking empire. The film managed to gross $44 million dollars in the box office. Cuban immigrants initially complained about the film’s portrayal of a Cuban American. However, few people argue that the movie was a success. 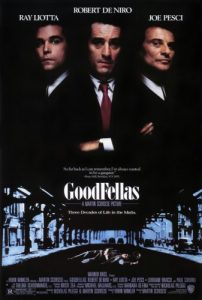 Robert De Niro loves playing the bad guy. He helped keep the 1990 film Goodfellas on the map as one of the best movies ever produced. This Martin Scorsese film is actually based off of a book called Wiseguy, which itself is a piece of nonfiction. The film focuses on the actual rise and fall of a real-life mob associate. So remember: The next time you watch the film, think of it more like a well-done documentary! One that managed to rake in nearly $47 million at the box office. 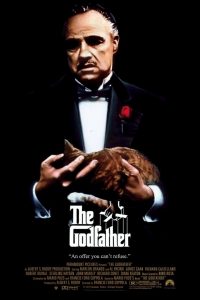 The arguments rage over which of The Godfather movies is the best (although we all know it’s the original). Nevertheless, as a whole The Godfather Trilogy is one of the greatest movie trilogies in cinema history. American culture references to the film are almost as frequent at times as Shakespeare. The movies were an offer fans just couldn’t refuse. As a trilogy, The Godfather movies have raked in over $249 million. Marlon Brando and Al Pacino never looked so good on film! 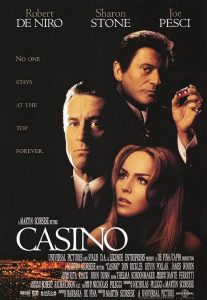 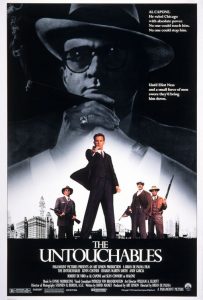 Robert De Niro and Kevin Costner teamed up to play a good ‘ol game of cops ‘n robbers for the 1987 film, The Untouchables. You can guess who plays which role. De Niro takes on the role of Al Capone, while Kevin Costner portrays a government agent named Eliot Ness. Lightly based on the real “Untouchables”, or cops who could not be corrupted by the mob, this Brian de Palma film eventually earned over $76 million. 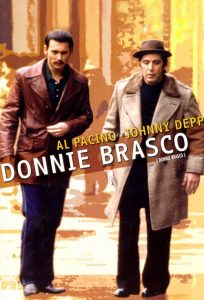 Big names Al Pacino and Johnny Depp helped make the big-budget film Donnie Brasco a success. Debuting in 1997, the film was produced much later than most of the greatest gangster movies, but holds its own nicely among the others. Pacino of course takes on the role of a mob hit man, while Depp acts as an undercover FBI agent. The duo helped the movie bring in more than $124 million worldwide, and certainly helps us remember that Johnny Depp didn’t always play a drunken sailor. 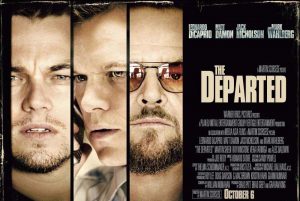 Even in 2006, Martin Scorsese couldn’t stop making crime dramas. The Departed departs from the Italian mobs, however, and instead focuses on the Irish mob in Boston. Leonardo DiCaprio, Matt Damon and Jack Nicholson take the lead on this one, with Nicholson and Damon taking the role of the mob bosses, and DiCaprio filling his usual role as the suave-but-troubled good guy. After bringing in $289 million on a $90 million budget, everyone involved in this film is likely a happy camper. 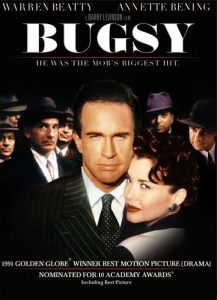 Not every gangster film was targeted to male audiences. Bugsy was one of those few that proved that a good romantic mob film could do well in the box office. Even gangsters have love interests, right? Barry Levinson produced this film in 1991, to much critical success. Even Roger Ebert gave the film high ratings. Considering the movie was based on real people and their actual relationship, it made the passionate romance between Bugsy Siegel and Virginia Hill all the more steamy. However, the $49 million it made at the box office probably made the filmmakers sweat a little. The film cost around $30 million to make, leaving the profit margin rather slim. 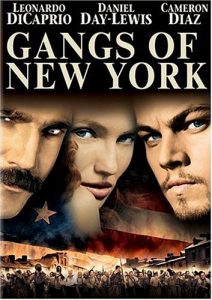 Martin Scorsese’s Gangs of New York was intriguing not just because it was a gritty, action-packed gangster film, but also because of its historic value. The film is based on a nonfiction book that shares the same name as the movie. In it, we see a side of New York City that many people did not realize existed. The movie takes place in the 1860s, covering the bloody New York City Draft Riots. Daniel Day-Lewis, Jim Broadbent and Leonardo DiCaprio lend their acting chops to this drama. It should come as no surprise that the film pulled in over $193 million at the box office. 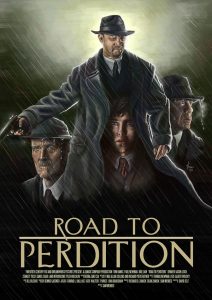 Road to Perdition bucked a few trends when it hit the silver screen. It’s not often that we get to see Tom Hanks star in a mob film. Thankfully, he wasn’t the bad guy, although he still plays the role of a Irish mob assassin seeking revenge. As hard as it is to picture Tom Hanks as a mob assassin, this 2002 Sam Mendes film still did stunningly at the box office. Fans were more than happy to help it reach $181 million.

Did you enjoy this article? Watch the video here or check out more articles below!