Home / Interesting / Where could humans live besides Earth?

DinoCreek September 9, 2016 Interesting, Nature, Science Comments Off on Where could humans live besides Earth? 5,798 Views

We live on planet earth, and it’s the only home we know. If for whatever reason we had to live some place else, where might we go? In this episode we explore the alternatives to life on earth.
In 2010, famed astrophysicist Stephen Hawking wrote, “Our only chance of long-term survival is not to remain inward-looking on planet Earth, but to spread out into space.” Hawking’s penchant for depressing statements may not make him the life of the party, but he certainly raises a good point. Here are 5 alternatives to life on Earth. 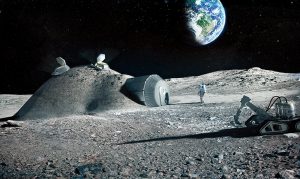 The moon is the only physical body in the universe (other than Earth, of course) that mankind has stepped foot on. Although that trip only takes several days, we have never stayed for long. However, the moon does have much of what mankind might need to survive. The top layer of material on the moon, known as regolith, is composed largely of oxygen. There may even be large pockets of water on the moon as well. Not only is the moon a relatively short trip with modern rocket technology, it’s currently unoccupied. 3D printing has also made it possible to produce a lot of materials we need rather cheaply, and on site. Mankind has not been back to the moon since 1972. Come on, NASA, what are you waiting for? 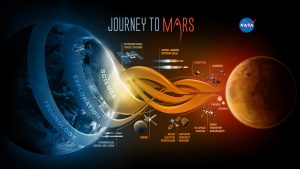 Although Venus is actually to us than Mars, Mars is occasionally a bit closer, and is a much more hospitable place to live. Recent surveys have all but confirmed the existence of water on the Red Planet, and many scientists believe that the Martian soil might be good for growing plants imported from Earth. All we need to do is get there. There are already several plans from the United States, Russia and China to set up permanent bases on Mars. Unfortunately, the trip is very long, and is likely to be a one-way trip for the first inhabitants. Nevertheless, some scientists believe Mars can be terraformed to have an atmosphere just like old Earth, a process that could take around 100,000 years. We might just be a little bit behind schedule on this one. 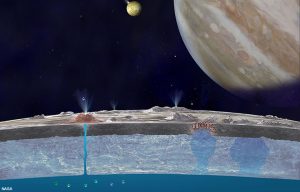 “All these worlds are yours, except Europa. Attempt no landings there.” Sorry, Arthur C. Clarke. Europa is just a bit too fascinating for us to ignore! Most scientists agree that Europa is the best chance we have of finding life in our Solar System outside of Earth. Unfortunately, Europa is extremely far away, and very cold. Still, the tiny moon floating around Jupiter is also a known source of water — and lots of it. If we can figure out how to survive under our own ocean, we might be able to figure out how to live in the icy oceans that are likely hiding under Europa’s frigid surface. Hopefully, whatever aliens are hiding down there are ok with their new neighbors, that is. 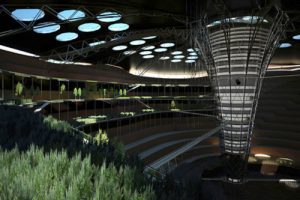 Sorry Stephen Hawking. Leaving the planet might be a bit too expensive. Perhaps we should be looking a little deeper? Moving underground is not impossible. Some human cultures lived in caves in the past, and underground bunkers are not uncommon. As long as we can get over a few years of depression without sunlight, life underground is fully possible. Geothermal energy can help provide all of the electricity we need. We can even tap into underground aquifers for water, and pipe in oxygen from above ground. It’s certainly easy to grow plants indoors with electric lighting. Let’s just hope we don’t decide to adopt the term “mole men”! 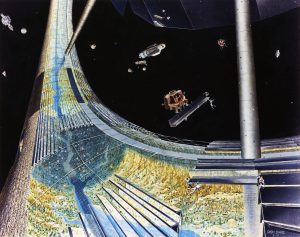 The International Space Station and the Russian MIR Space Station have proven that yes, mankind can live in floating space colonies! All we need to do is figure out how to make them big enough. And how to get all of that material up into space, of course. Some scientists have proposed building giant space elevators to get material from the ground. Once we start building, we can just connect everything together into one giant space colony floating around in geosynchronous orbit. The only problem with living in space is the lack of gravity. Unless we can figure out a way to create artificial gravity, look out! Living without gravity causes bones and muscles to deteriorate rather quickly. There’s also the danger of explosive decompression! We’d better have a few extra space suits handy, just in case.

Previous What Does the Future Look Like?
Next 5 Strange Animal Abilities