Thanks to Kermit the Frog, earths number one amphibian has never been more popular! These hoppin animals are quite the cultural phenomenon. Despite being more than a little slimy sometimes, frogs are definitely cute to look at. Theres a lot of frogs out there to admire, but these 5 are most notable! 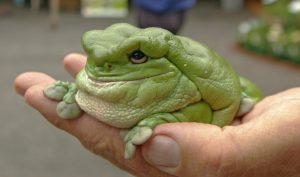 Australia is already home to a lot of cool creatures. So why not a few awesome frogs as well? The Australian green tree frog is just one name for this weird jumpy creature. Also known as Whites Tree Frog and the dumpy frog, this amphibian can sometimes grow so big and fat that it actually looks like its melting! But this frog is a lot more useful than it looks. It secretes an antibacterial and antiviral liquid from its skin. Not only is it immune to almost all diseases, scientists are hoping this little guy can help save a few humans as well. Just…dont try licking them to reap those benefits. 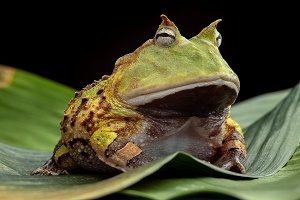 The pacman frog might just stir up a few nostalgic itches for you video game fans. Although its name suggests otherwise, most pacman frogs are neither yellow, nor fast. And no, they wont eat ghosts or cherries. However, their mouths are excessively large. These amphibians are known to be serious eaters. Theyll consume just about anything that moves and can fit in their oversized mouths, including full grown rats! Their appetite doesnt stop there. If a pacman frog gets hungry enough, its not opposed to a little cannibalism to stave off the hunger. But thats none of our business! 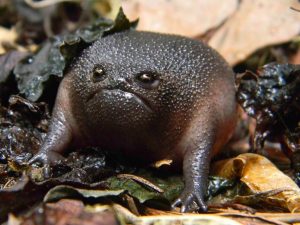 Its hard to look at the breviceps fuscus and not laugh. This little amphibian shares a stark resemblance to one well-known internet cat meme. Yeah, you know the one. Consequently, the breviceps fuscus is known as the grumpy frog because of its constantly unhappy frown. It probably doesnt help that this amphibian is also known as the Black Rain Frog, which just helps to sour its already unhappy mood. Cheer up little guy. Weve got some nice warm tea for you! 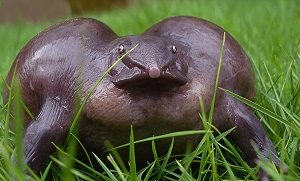 The purple frog may not have an exciting name, but its nose draws quite a bit of attention! A native of India, the purple frog has a rather pointed, piglike nose, giving it a totally unique look among other frogs. If not for the rest of its obvious frog-like body, it might be easy to confuse the purple frog for a completely different animal. The purple frog is so unique, biologists even put it in its own taxonomic family. Dont worry, purple frog. Well adopt you. 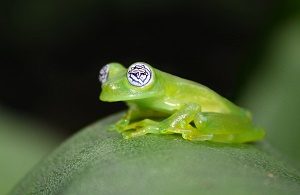 Most animals in nature are pretty shameless. Who needs clothes, right? The glass frog takes it just a bit further. This tiny frog is mostly green, but look underneath and you can see right through it! Yes, this little amphibian has nothing to hide, and even helps scientists study frog digestion without the need for dissection. Our guess is this little guy is great at hide and seek!